Don’t Ask Me is a live, interactive, gameshow that can be played by teams of celebrities for fun or by teams of contestants for cash!

The show asks the viewers to vote on opinion based questions such as ‘Which actor is the best James Bond?’ and moral dilemmas such as ‘You run over your neighbour’s cat. What do you do?’ Viewers select answers from multiple-choice options and then, in the studio, the teams try to second guess the outcome of the vote!

Its not what the teams think …its what they think the nation thinks! 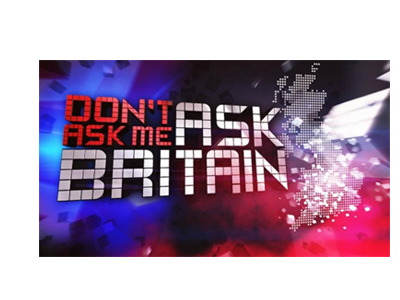